Chimneys are a great addition to any home.   They used to be the main source of heat for homes when there weren’t whole-house heating systems.  Now chimneys are generally a stylistic addition to the home.  A chimney looks nice, but it can be causing great problems to the foundation.  It is important to observe the chimney’s behavior, whether or not it begins to separate from the house.  If it does start to tilt or separate from the home, it is a problem that needs to be taken care of as soon as possible.  Chimney repair is a common situation that can be easily fixed if it is noticed early.

The signs that let you know that there is a problem with your chimney include:

If any of this is occurring with the chimney, then it is necessary to call a professional to get this taken care of to fix the issue of chimney repair.

In most houses with a chimney, the chimney’s foundation is added to the home’s foundation.  They were often done at separate times, and this can be bad because some chimneys can weigh thousands of pounds due to the number of bricks and mortar.  When the chimney’s foundation or the soil beneath it cannot support the weight of the chimney, it begins to tilt.  This is where the problem occurs, and most leaning chimneys can be traced to an ongoing foundation settlement.  This problem can be fixed by using helical piers, driven pins, or other foundation repair methods for your chimney. A tilting chimney must be stabilized to protect people and property.

The most common way to stabilize the chimney is by using helical piers.  Helical Piers are driven into the ground to stabilize the foundation.  When the helical piers have been placed and in the ground, then the bracket is attached and mounted on the footing of the chimney’s foundation.  Once it is installed, there is a chance that the helical pier may return the chimney to its original position.  This process should be done by a professional so that it is done correctly without causing any other damage during the process. 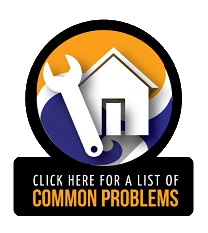 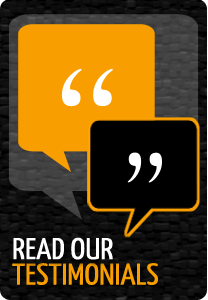