It is colorless, odorless, and naturally occurring. It is also radioactive and the second leading cause of lung cancer in the United States. Radon is found in small quantities throughout the U.S., both indoors and out. When the concentrations reach too high a level indoors, however, it can be hazardous to your health. That is when you need radon mitigation services.

At Jerry's Waterproofing, we are qualified in radon mitigation with licenses in both Iowa and Nebraska. Contact us today if your home or business has radon problems.

Radon is a radioactive gas that has no color, no taste, and no odor that is created by the natural breakdown of radioactive materials including uranium in the soil. Found in the soil and groundwater, radon can enter homes and other buildings by seeping up from the ground through wall or floor cracks, spaces, or drains. Radon is chemically-nonreactive and easily penetrates building materials such as sheetrock, concrete block, mortar, sheathing paper, wood paneling, and most insulations. All homes contain a small amount of radon.

The national average indoor radon level is estimated to be about 1.3 pCi/L, and about .4 pC/L of radon is normally found in the outside air per the EPA (United States Environmental Protection Agency).

The primary ways of human exposure to radon are inhalation and ingestion. It enters living spaces through the ground, groundwater, or building materials.

Radon is responsible for 21,000 lung cancer deaths each year in the United States. It is especially harmful to people whose lungs are already weakened from smoking, but 10 percent of the lung cancer deaths related to radon occur in non-smokers.

Along with cancer, it has also been linked to:

Did You Know?: Symptoms of Radon

Though radon is linked to lung cancer, it does not cause headaches, nausea, or other symptoms common to indoor pollutants.

Why Radon Mitigation Matters in Iowa and Nebraska 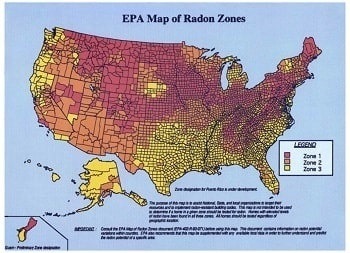 In Iowa it is 8.5 pCi/L. That is more than six times the national average. The average level in the state of Nebraska is 5.0 pCi/L.

There is some thought that the glaciers that spread through the Midwest during the ice age deposited rock with radon-producing minerals. Regardless of how it ended up here, however, if you live in Iowa or Nebraska we highly recommend having your home tested for radon.

What Radon Levels Are Acceptable?

The EPA suggests that the action level for radon contamination is 4.0 picocuries per liter of air. That means that levels 4.0 should be examined for radon mitigation.

Did You Know?: Radon Levels Vary By Season

For reasons ranging from homes typically being more enclosed to ice and snow making it more difficult for radon to naturally dissipate through the ground, radon levels are typically higher during the winter.

Read more on the difference in radon levels by season.

The most commonly used method for Radon Mitigation is a Sub-Slab Depressurization (SSD) system.

Installation of this system is normally completed in less than a day.

At Jerry's Waterproofing, we are a qualified radon mitigation contractor. It is very important to use a properly-trained mitigator. Our experts have taken the proper training courses and examinations to become licensed in radon mitigation in both Iowa and Nebraska. Don't leave it to a non-professional. It is important to get this problem taken care of as soon as possible.

For more information on radon in your Iowa or Nebraska home, visit the following websites: https://idph.iowa.gov/radon or https://dhhs.ne.gov/Pages/Radon.aspx. 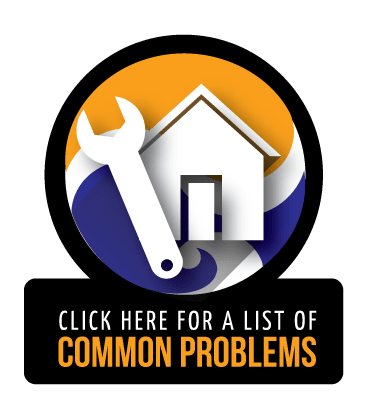 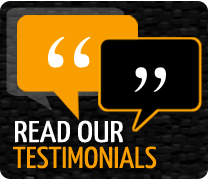